This chocolate cake was simply amazing! We used the recipe from the Williams Sonoma Christmas cookbook. The cake is both dense and fluffy, and not too sweet. The whipped cream is made with creme fraiche and left slight runny (see recipe below). 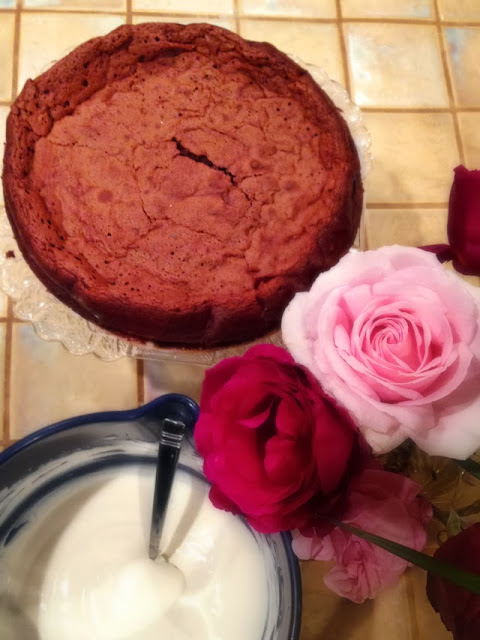 Make this when ready to serve the cake. Whip cream and creme fraiche together until it holds its shape, but not too firm. Whip in powdered sugar and vanilla. Scoop onto individual cake slices once plated. Sooo good!

Stephanie Swinton (B.A. Art History/Urban Design and Architecture Studies ’02); French (minor); Steinhardt, Visual Culture: Costume Studies ’06) graduated in 2012 with Honors with her MBA in International Luxury Brand Management from ESSEC Business School, in Paris, France, where she was the L’Oreal Luxe scholarship recipient.  “I am now a member of the Beta Gamma Sigma International Honor Society, recognizing business excellence,” Stephanie writes.  “After spending the summer in France and Switzerland, I am currently working as a consultant between NYC and LA for companies in Luxury and the Arts. I published a book of my Paris black & white photographs and exhibited several of my France ‘Doorway Details’ series color photographs in a group show in California.”  Additionally, as a result of the appreciation for wine that she developed during her undergraduate studies abroad in Paris, Stephanie was able to participate in the picking and bottling of wine for a local Californian winery this fall.  Stephanie invites NYU students and alumni to follow her adventures on her blog, How to be Fabulous.
Posted by Unknown No comments: 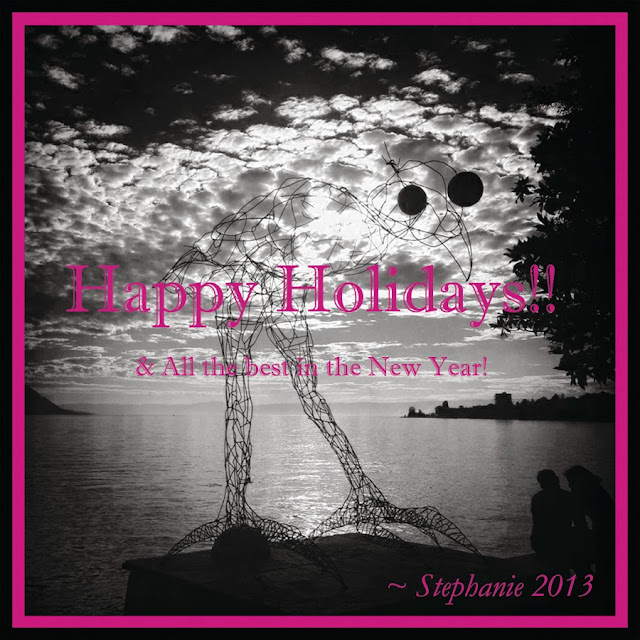 Happy Holidays and best wishes for the New Year! Hope everyone is happy and well. :)

It is great to be back in sunny Southern California for the winter holidays! I love walking along the beach and enjoying the sunset - La Jolla is a favorite spot! 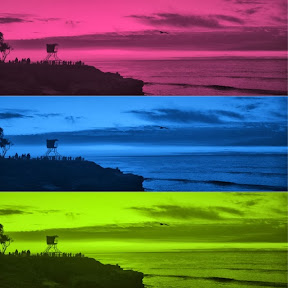 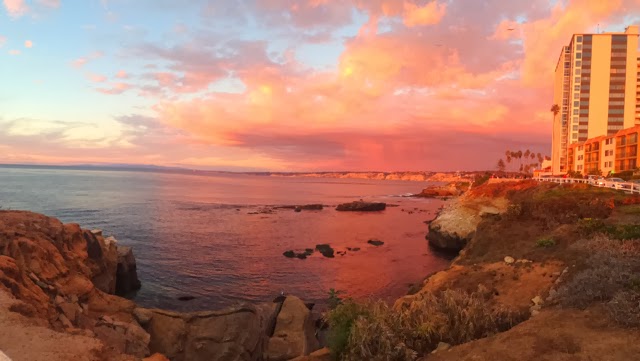 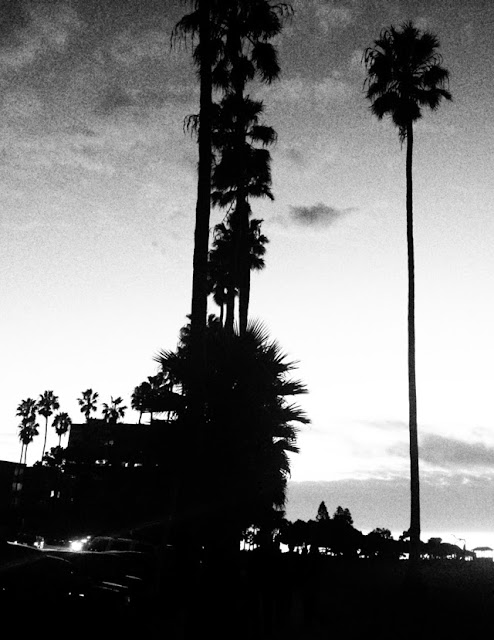 - Posted using BlogPress from my iPhone

Here are the recipes for the fabulous desserts we made this year for Thanksgiving - Pumpkin & Cornmeal Cake with Orange Syrup, Cranberry-Apple Crumble, Pecan Chocolate Tarte and of course Pumpkin Pie! 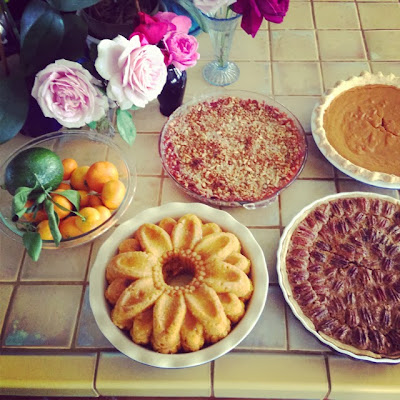 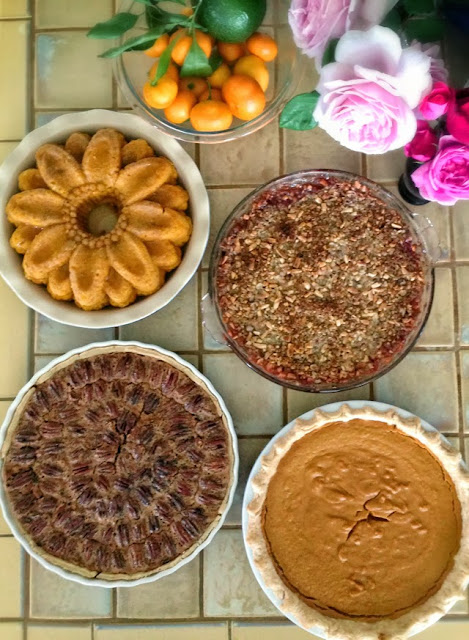 -The key I think is not making the dough too wet. Pinch some of the dough together even when it looks loose and if it sticks to itself it is OK. I also put a lot of flour on the work surface and on top of the dough so it wouldn't stick. To transfer to the pie pan, I rolled it around the rolling pin then unrolled on top of the pan.
-We chilled the disks in the fridge for 1 hour, wrapped in plastic wrap, before rolling out fully and filling.
http://www.marthastewart.com/283515/basic-pie-dough

Pumpkin & Cornmeal Cake with Orange Syrup
-I poured the orange syrup over the whole cake rather than waiting to put on individual slices
http://www.finecooking.com/recipes/pumpkin-cornmeal-cake-orange-syrup.aspx

Cranberry-Apple Crumble
-I used chopped almonds rather than pecans.
-I added extra butter as the crumble texture was too flour-y.
-I used 2 tart apples and 2 sweeter (Gala?) apples.
-We cut fresh cranberries into quarters.
-I added ground nutmeg, ginger and cloves.
-I used more sugar with the apples than what the recipe called for.
http://www.marthastewart.com/332796/apple-cranberry-crumble

Pecan-Chocolate Tarte
-I used the basic pie crust recipe above, not the one in this recipe.
-I used vanilla extract rather than the whole bean.
-The key here is we added 1 tablespoon each heavy cream and creme fraiche directly to the batter!
http://www.epicurious.com/recipes/food/views/Pecan-and-Chocolate-Tart-with-Bourbon-Whipped-Creme-Fraiche-51123160

Pumpkin Pie
-I used the recipe on the side of the large can of pumpkin!

-FYI In all of these recipes, I stirred/mixed/whipped etc. everything by hand, but I am sure you can also use the machines as the recipes suggest!
Posted by Unknown No comments: